8th Wonder of The World – The Duga Radar

In the woods about 10 kilometres south of the Chernobyl nuclear power plant there is a top-secret object, Chernobyl-2, also called Duga. It’s one of the three Soviet ‘over the horizon’ radar stations of the early detection system against attacks of ballistic rockets.

This system began to be developed in the Soviet Union in the 1950’s during the cold war. The first experimental devices of this originated in the Soviet Union during the 1960’s, however, they skirmished with a number of technical problems and were not able to really capture the danger, therefore, questions of their ability to operate in enemy areas were not solved. The first really functional systems were successfully designed at the end of the 1960’s. 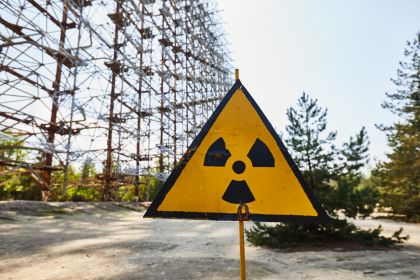 The first experimental system DUGA was constructed near the town of Mikolaiv in Ukraine and was able to successfully discover rocket launches from the cosmodrome Bajkonur, over 2500 km away. This system was followed by a second prototype DUGA-2, which was built in the same place. It was possible to monitor the launch of the rockets from the Far East and a movement of submarines in the Pacific Ocean. Both systems were directed to the East and had only limited results. However, works on operation system DUGA-3 had started with a proven concept, which was directed to the West and was also called The Moscow. 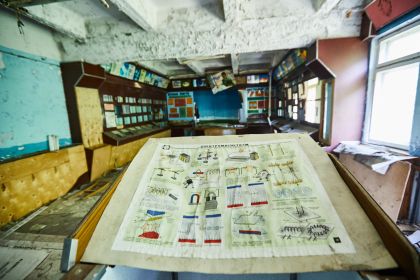 They started to build DUGA Radar station in 1970 and as part of this station there was also a small town close to the garrison of the radar station for families. The garrison held about one thousand people. 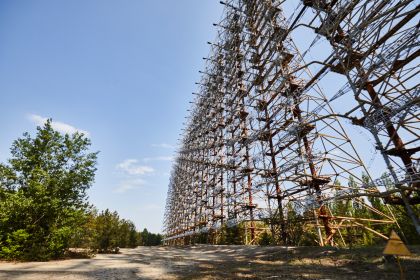 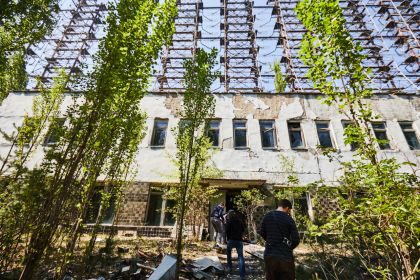 DUGA radar required for it’s functioning a high input of about 10 MW. Amongst other things because of this, it is located in the neighborhood of the Chernobyl nuclear power plant, which started to be built simultaneously with it. According to some sources the cost of the radar was about 7 billion Soviet rubles. To give an example of the cost, the Chernobyl nuclear power plant cost only half this.

It was found out during an examinable operation in the 1970’s and 80’s that it was necessary to solve the problem of disturbing frequencies. While operating they disturbed radio frequencies beyond that of the Soviet Union and this characteristic sound was nicknamed in western countries as the Russian Woodpecker. It was also necessary to solve the problem with convergent paths of the working frequencies of DUGA and civil air forces. These problems were solved by modernisation of the system in 1985 – 1986 and afterwards the system was officially adopted as a part of the air protection of USSR. 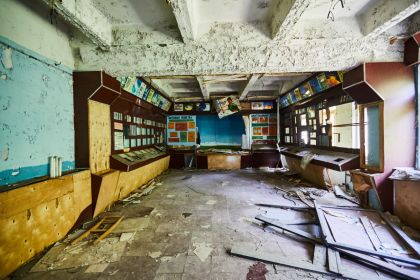 After this adoption in 1986 the functioning was interrupted because of the accident at the Chernobyl nuclear power plant on 26th April 1986 and the the system was partially preserved until the end of 1987. Consequently, together with the final decision of closing the zone surrounding the nuclear power plant, the operation was also finally closed. Some important and expensive parts of the system were removed and moved to the object Komsomolsk in Amur. At the present time, the object Chernobyl-2 is left abandoned to the same fate as other objects inside the closed Chernobyl zone. During our 1-day Chernobyl tour, Chernobyl 2-day tour & private tours, the DUGA radar is on the list of must-see attraction of the whole Chernobyl Zone, so don’t be afraid that you will miss this giant radar.

We took our family to Chernobyl and they loved it!

Time to break your piggy bank