The Fukushima disaster was the most severe nuclear accident since the 26 April 1986 Chernobyl disaster. It all happened because of an earthquake with epicenter near Honshu, the largest island of Japan, and generated a 14-meter-high tsunami that swept over the plant’s seawall and flooded the plant’s lower grounds around the Units 1–4 reactor buildings with sea water, filling the basements and knocking out the emergency generators. All this happened on March 11th 2011.

What happened after the earthquake? 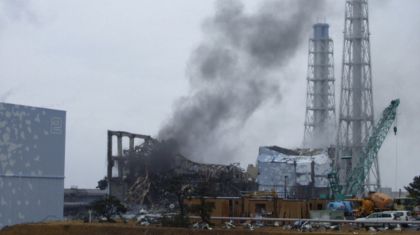 Water quickly flooded the low-lying rooms in which the emergency generators were housed. The flooded diesel generators failed soon afterwards, resulting in a loss of power to the critical coolant water pumps. These pumps were needed to continuously circulate coolant water through the reactors for several days to keep the fuel rods from melting, as the fuel rods continued to generate decay heat after the SCRAM event. The fuel rods would become hot enough to melt during the fuel decay time period if an adequate heat sink was not available. After the secondary emergency pumps (run by back-up electrical batteries) ran out, one day after the tsunami on March 12th, the water pumps stopped and the reactors began to overheat. This events led to three nuclear meltdowns, three hydrogen explosions and the release of radioactive contamination in Units 1,2 and 3 between March 12th and 15th. TIP: Do you want to visit Fukushima the most safest way? Book your tour with ChernobylX now!

What’s the future of the power plant?

Right after the disaster, automated cooling systems were installed within 3 months from the accident. A fabric cover was built to protect the buildings from storms and heavy rainfall. New detectors were installed at the plant to track emissions of poisonous gas. Filters were installed to reduce contaminants from escaping the area of the plant into the area or atmosphere. Cement has been laid near to the seabed to control contaminants from accidentally entering the ocean. Efforts to control the flow of contaminated water have included trying to isolate the plant behind a 30-meter-deep, 1.5-kilometer-long “ice wall” of frozen soil, which has had limited success. Decommissioning the plant is estimated to last 30–40 years. While radioactive particles were found to have contaminated rice harvested near Fukushima City in the autumn of 2011, fears of contamination in the soil have receded as government measures to protect the food supply have appeared to be successful. Studies have shown that soil contamination in most areas of Fukushima was not serious. Japanese reactor maker Toshiba said it could decommission the earthquake-damaged Fukushima nuclear power plant in about 10 years, a third quicker than the American Three Mile Island plant.

Is it possible to visit Fukushima?

Yes! The site of the largest nuclear disaster of 21st century is now becoming a must-visit spot in Japan. A story not just worth sharing, but experiencing yourself, in a way that is completely safe. Explore with ChernobylX the silence of a ghost town with the calm sound of waves hitting the shore. It was this very sea that, in March 2011, rose up and caused a thousand year record tsunami. Destroying houses, cars, and lives, the damage from the tsunami was swift but long-lasting. This was due to the accident at the Dai-ichi Fukushima Nuclear Power plant, which suffered a meltdown polluting water and nearby land with radioactive particles. 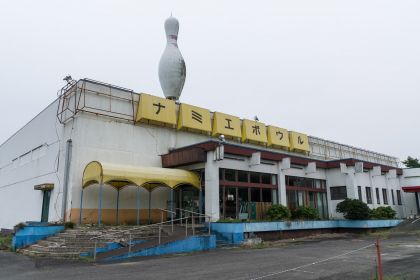 But Fukushima is now a success story, and one you can be a part of. Become one of the first international tourists who walks with our professional English-speaking guide through the streets of abandoned houses, cars and schools. Peek into the parts of Namie, Futaba and Tomioka towns in the process of being cleaned, touch the petals of cherry blossoms on once a lively street, taste the local delicacies in newly opened restaurants, learn about local handmade crafts and shake hands with the good people of these towns as they work hard to re-build their communities. You might will witness moments where neighbors hug each other after years of not seeing each other. 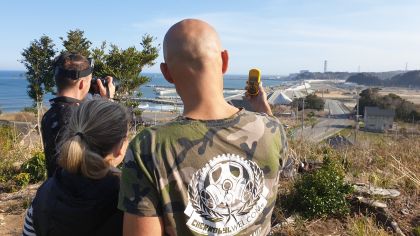 If you’re ready to visit (with maximum safety, of course) the area surrounding the (in)famous Fukushima power plant, do it now, before it would become the second Chernobyl. Book your tour with ChernobylX now!