In 2016, the UN General Assembly designated April 26 as International Chernobyl Disaster Remembrance Day, recalling the long-term consequences of the disaster that continue to this day.

April 26, 2022 marks the 36th anniversary of the Chernobyl nuclear disaster, the worst nuclear disaster in history, which saw a massive radioactive cloud spread throughout parts of the Soviet Union.

Every year, we prepare interesting facts for you about Chernobyl, but this year we want to discuss the future of the Chernobyl Exclusion Zone.

How do you see the future of Chernobyl? What will change and what not? Let’s predict together. 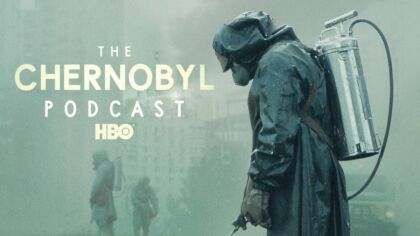 Official poster of the Chernobyl series from HBO
Source: HBO

36 years have passed since the explosion at the Chernobyl Nuclear Power Plant. During this time, the catastrophe has turned from a historical event into an element of the cultural code – not only Ukrainian but also global.

There are a lot of documentaries about the Chernobyl disaster: “Chernobyl Heart”, “The Russian Woodpecker”, “Chernobyl: Two days in the Exclusion Zone”, “The Babushkas of Chernobyl” and many others.

One of the most popular documentaries – “The Battle of Chernobyl” begins with never seen before real footage of the 25th of April in the city of Pripyat, the closest city to Chernobyl, in its sunny everyday life hours before the nuclear disaster occurred. 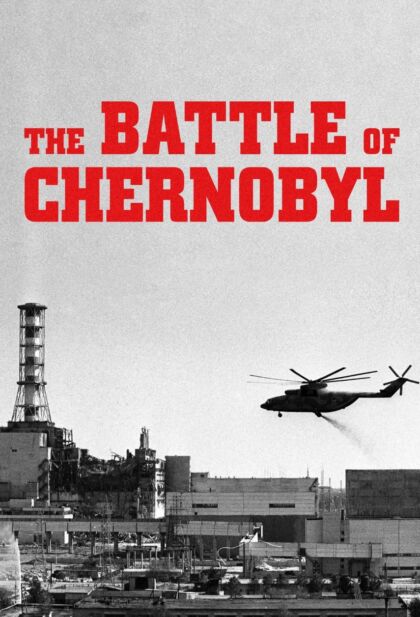 Poster of the documentary about the nuclear disaster of Chernobyl.
Source: IMDB

The 2019 spring premiere of “Chernobyl”, the successful HBO miniseries, has returned to the theme of the nuclear disaster of that Ukrainian town to the center of public debate.

In January 2022, the Chernobyl Exclusion Zone was invaded by Russian soldiers who controlled not only the Zone, but also the Chernobyl NPP. It was the beginning of a new era in Chernobyl history.

39 days Chernobyl NPP employees spent on the facility as hostages not having proper conditions to work and to live there.

So, what do we predict?

In the near future, there will be new documentaries about the Chernobyl Zone something like “Chernobyl Invasion” or “600 hours as hostages at nuclear facility”, where we will get to know:

Also, another huge section for searching is nature. There is huge Natural Biosphere Reserve in the Chernobyl Exclusion Zone, with rare species and many wild animals: 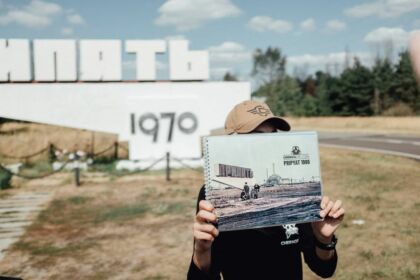 When the war ends, tourism in Ukraine will rise to the peak, as people will be eager to see the consequences of the Russian invasion. Chernobyl won’t be an exception, it was very popular before the war (we know that many of you planned to visit the Exclusion Zone this year!) and it will be still popular after, as it was occupied by Russian soldiers over the month. Chernobyl got new parts in its history – Russian – Ukrainian war 2022.

Changes in the Zone

The visiting rules in the Chernobyl Exclusion Zone will change according to the consequences. Unfortunately, the rules will be more strict, but we will follow them as your safety is our top priority.

The tour program will be changed, as a consequence of the Russian invasion. Most of these places will be related to the war.

There are a lot of explosives in the Zone, which must be deactivated, so won’t be able to walk 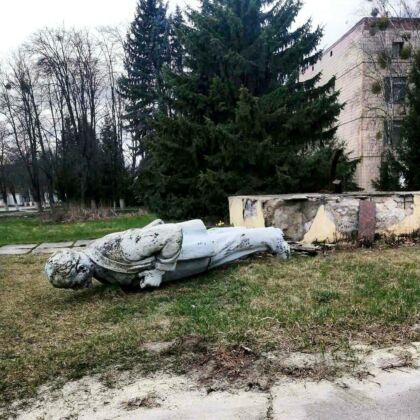 The next prediction: the new wave of decommunization will start in Chernobyl, and some touristic objects will be lost or renamed – the last statue of Lenin has already fallen in Chernobyl town.

Disclaimer: ChernobylX team is against any deinstallation of Soviet symbols as it is a part of the history and the Chernobyl Exclusion Zone remains an open air museum.

Decommunization in Ukraine started after the collapse of the Soviet Union. But only in 2015 it was formalized, when the Ukrainian government approved laws that outlawed communist symbols. The head of the Ukrainian Institute of National Remembrance Volodymyr Vyatrovich said that the authorities would not decommunize the Chernobyl Exclusion Zone. That’s why it seems that radiation has frozen the Soviet Union with its symbols and slogans – monuments to Lenin.

As we see, this statement is not working anymore.

The famous hotel “Desyatka (Hotel 10”) will appear in a new light – it was destroyed and robbed by Russians.  There will be more hot spots (places with high levels of radiation) – good example – trenches in the Red Forest dug by Russian soldiers. 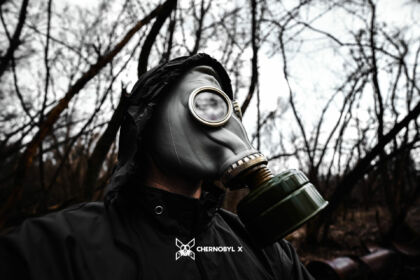 First of all, bear in mind that “Stalker” is not the same thing as S.T.A.L.K.E.R. While the former is a common term for a Zone inhabitant, the latter is an abbreviation with uncertain meaning. Supposedly, it stands for:

In a previous prediction about the future of Chernobyl Tourism, we mentioned that the rules in the Chernobyl Zone will be much stricter, as a result it will be connected with illegal visitors aka Stalkers.

“Stalkers” are the visitors who venture illegally inside the Chernobyl Exclusion Zone to explore this area.

👉Some Stalkers will continue their project of renovating old Pripyat apartments. There are already

👉The Russian invasion showed us weaknesses in the Chernobyl Zone defense, especially the Chernobyl NPP. Lessons learned – the IAEA proposed to develop a new plan of the Zone’s protection, including nuclear facility and nuclear storages.

👉Police will not tolerate the illegal tourism as it was before, paying more attention to Stalkers. It means that for illegal tourists it won’t be so easy to see the New Safe Confinement, Pripyat or Duga Radar, as they could before.

👉Illegal tourism was always one of the main topics of discussions among the Ukrainian government, but after the Russian occupation this topic will be prioritized.

👉There will be a new wave of Stalkers who will be curious to see the consequences of the Russian invasion on their own eyes, like trenches in the Red Forest.

👉Visiting the Zone for Stalkers became more dangerous for their health, because of the new hotspots which weren’t discovered yet. These illegal visitors very often sleep outside or in the abandoned houses, go trough non-touristic routes which weren’t checked by dosimetry control specialists.

We totally understand Stalker’s love for the Chernobyl Zone, as many of us are former Stalkers, at the same time we want to warn you about the risks in terms of law and health during illegal visits. 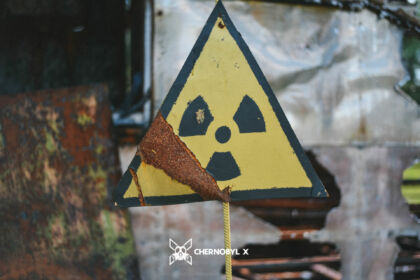 Today the Red Forest is being restored – young spruces and pines grow here, you won’t see red trees as in 1986, but it is still prohibited to visit Red Forest (the exception are scientists), because 90% of radioactivity in the Red Forest still remains in the soil itself.

In 2019, the UK’s National Center for Nuclear Robotics (NCNR) has found hotspots of radioactive material that doesn’t appear on official maps with radiation levels about 1.2 millisieverts an hour.

During the Russian – Ukrainian war, Russian soldiers invaded the Chernobyl Zone (including NPP, Chernobyl town), and started to dig trenches building fortifications in the Red Forest. As we mentioned, 90% of radioactivity was in the soil, but now it’s on the ground.

That’s why, for some time the level of radiation in Red Forest will be higher than before and more dangerous, as the greatest threat is inhaling radioactive dust.

Also invaders left a lot of garbage there, which was contaminated. According to the Radiation safety norms, all garbage inside the Chernobyl Zone must be buried or recycled in a special way, that means that all stuff left by Russians will go through these procedures.

We believe that Chernobyl officials will make more attention to dosimetry control in the Red Forest, its cleaning and possible demining (unfortunately Russians left a lot of explosives around the Zone).

What are your thoughts on this? 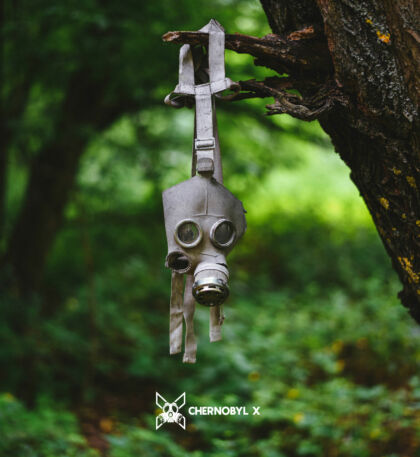 Today, the region, including within the Exclusion Zone, is filled with a variety of wildlife that has thrived without interference from humans, according to National Geographic. Thriving populations of wolves, deer, lynx, beaver, eagles, boar, elk, bears and other animals have been documented in the dense woodlands that now surround the silent power plant.

Russian presence in the Chernobyl Biosphere Reserve caused the migration of animals to the far corners of the Zone, some of them even left it crossing Belarussian border.

The Reserve covers almost 227 thousand hectares, which is 2/3 of the exclusion zone territory. Similar reserves exist in the world: in the Ural and in Belarus, but for Ukraine it is unique and the largest in the country. There is a great diversity on its territory: 23 terrestrial and 7 water phyto-systems, 5 different landscapes, 303 vertebrate species, 1256 species of higher plants, 120 species of lichens and 200 species of mosses. 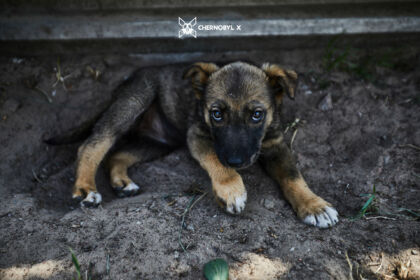 Hundreds of dogs inhabit the Chernobyl Exclusion Zone that covers a 30-kilometer radius around Chernobyl in northern Ukraine. They are the descendants of the pets left behind in 1986. When residents of Pripyat fled the explosion at the Chernobyl NPP they were forced to abandon their pets.

In the future, Chernobyl dogs population will be controlled more precisely, because even in the latest time the population of dogs in the Zone rapidly increased.

Pripyat will turn more and more into the jungles, as nature always takes everything back.

It is already confirmed that some wild animals were victims of mines left by Russian soldiers, so there will be more animals that will suffer from the consequences of Russian invasion. That’s why Ukrainian specialists are working on demining the territory to save as many lives as possible.

PREDICTION 6 WILL BE RELEASED ON 24 OF APRIL.
STAY TUNED!

Chernobyl Charity during the War