“No one will ever know the sacrifice we made, no statues in our name, no ticker tape parade, and we can only pray, it wasn’t all in vain.”

In this story full of incompetence, delusion and arrogance, the only inspiring element is the heroism of the men and women who fought to overcome the disaster. Firefighters, electricians, doctors and nurses all rushed to the scene without any protective gear and sacrificed themselves to radiation so intense that in some cases they returned brown, the colour they used to call ‘nuclear tan’, and were incapable of further action.

‘Counting lives’ was the jargon of bureaucrats of the Soviet Union. Coldly and accurately calculating how many men could expect to die completing a specific task. The mathematics was as simple as the task was hard. The lives of three men weighed against those of hundred of thousands, if not millions of men, women and children. ‘Panic is worse than radiation’, Alexander Akimov said. 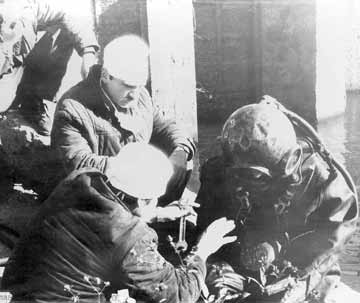 Over the previous days Soviet military helicopters had been flying over the exposed reactor, whose roof had been blown off so it resembled a half-shut eye, one whose pupil glowed blue and was emitting devastating doses of radiation. Beneath them was the graphite ‘moderator’, 2500 tonnes of radioactive carbon, which was ablaze and if unchecked would burn for the next three months, sending more radioactive material into the atmosphere with each passing hour. The damaged reactor was sinking and burning through it’s strengthened floor and was in danger of collapsing below into rooms flooded with water. This would then trigger another nuclear explosion that, so Soviet physicists calculated, would vaporize the fuel in the other three reactors, level 200 square kilometres, destroy Kyiv, contaminate the water supply used by 30 million people and render Northern Ukraine uninhabitable for more than century.

This major and significant task had three volunteers, also called ‘Chernobyl Divers’. These three men were required to suit up in scuba-gear and swim through the flooded chambers of the basement to the gate valve, twisting it open to allow the trapped water to drain out. It was called a ‘suicide mission’ as radiation was at lethal levels.

Until the disaster, staff at the power plant had been convinced of the safety of nuclear power, and as far as they knew, there had been only one major accident in the Soviet Union. In fact there had been 14, all of which had been covered up, so as not to damage the image of Communist construction. 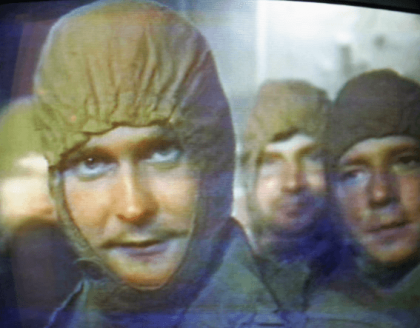 It is now understood that the initial trigger of the disaster, which began in the early hours of 26th April 1986, was the control rods, which were made of boron with tips of graphite and which had triggered power surges in other plants – a fact also kept secret!

In the first few minutes after the initial explosion the Geiger-Muller counters in the central control room were stuck at 3.6 – a safe reading. However they were only designed to go up to 3.6! The actual reading was 15,000!

On the first night there were brave, though futile, acts of heroism. Alexander Akimov, the unit shift chief, and Leonid Toptunov, a technician, mistakenly believed the water flow to the reactor was blocked by a closed valve and so they fought their way to where they believed they could pump water back into the reactor and spent hours, submerged to the waist, in radioactive water. Both would die a torturous death from radiation poisoning. Later, in hospital, Akimov tried to stand up and the skin fell off his leg like a sock.

The first firefighters on the scene were the power station’s brigade. While there were later reports that said they were unaware of the dangers, one of the firemen said: “I remember joking to the others, ‘We’ll be lucky if we’re all still alive in the morning’.”

As they fought for five hours to douse the flames on the roof of the turbine hall, they did so amid clouds of radiation that they said felt like pins and needles on the face. One by one they succumbed to radiation poisoning with coughing, nausea, vomiting and fainting.

By the sixth day, when the Soviet authorities required three men to step forward, all were aware of the risk. According to Grigori Medvedev, author of The Truth About Chernobyl, a group of soldiers were briefed on the stakes if the valves were not turned, the water not drained. There was also a degree of bribery. While they were unlikely to survive, their families would be richly rewarded.

Three men volunteered: Alexei Ananenko, an engineer who knew the location of the valves, Valeri Bezpalov as a colleague, also employed at the power plant and Boris Baranov, who never descended into the water, was a soldier of the Soviet army, whose mission was to light their way underwater. The trio suited up and entered the radioactive waters of the flooded chamber. However, Baranov’s lamp failed and so Ananenko and Bezpalov were forced to find their way by touch and by following a main pipe. 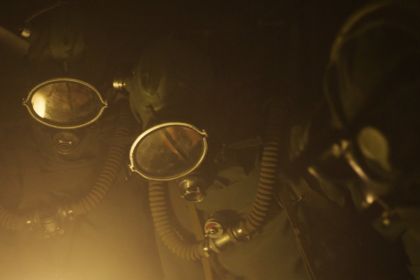 All three returned to ground level suffering severe radiation poisoning, but were pleased to see their colleagues jump with joy at the news that the valves were now open. Over the next day 20,000 tonnes of radioactive water was pumped out and a subsequent report revealed that if this had not been done, a thermal explosion would have taken place. Having been exposed to lethal doses of radiation 15 Sv (15,000 roentgen), all survived. The first one of the three divers died of a heart attack in 2005, others are still alive, one even working still in the industry.

Alexei Ananenko, Valeri Bezpalov and Boris Baranov. These three men saved most of Europe from becoming a radioactive wasteland. 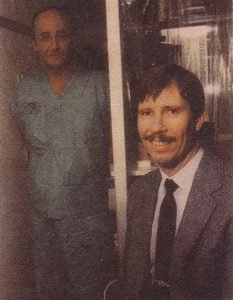 WE LOVE YOUR (RADIO)ACTIVE FEEDBACK!