Since 1950, not even a year after Russia conducted the first test of its atomic bomb, “Duck and Cover” exercises have been routinely held in schools in order to prepare students to survive a thermonuclear attack. Subsequently, for a whole generation, “Bert the Turtle” taught people how to behave in the event of a nuclear war. Fortunately, although it never happened, there are cases in history where knowledge of how to survive a nuclear explosion has proved necessary (e.g., Chernobyl accident – April 26, 1986).

The first good news: It is quite unlikely that you will be in a situation where you will have to face a nuclear accident or a nuclear war.

The second good news: If there is an atomic war or a nuclear accident like Chernobyl, it does not necessarily mean that you will die.

For many people a situation like this would have fatal consequences. However, there are a few simple steps that can save your life from the most terrible weapon ever created.

There is a popular but fortunately mistaken perception that if a nuclear war breaks out, we will all die. Let’s look at the centre of Hiroshima after being hit by an atomic bomb or the accident at the Chernobyl atomic power plant. 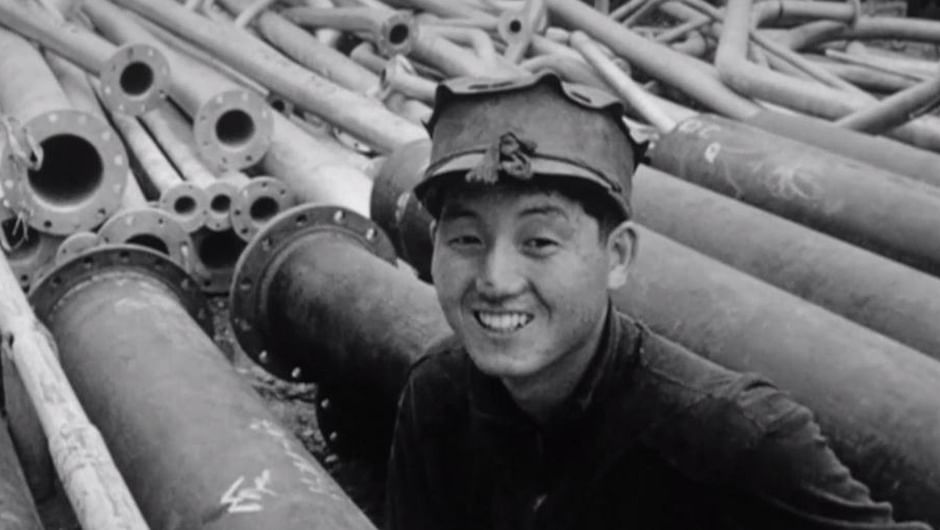 A nuclear bomb explodes in Hiroshima

93% of the residents who were up to 1000 feet from the epicentre died immediately. That is bad enough, but it is still not 100%. This means that hundreds of people who were only a few blocks away from the nuclear explosion survived.
They were hidden in basements. They were hidden in buildings with thick concrete walls. Shigeyoshi Morimoto survived because he was in a room and there were bookshelves around him to help absorb the explosion. However, this case was exceptional.

The explosion of the Chernobyl nuclear power plant

Chernobyl had about 14,000 inhabitants before the evacuation. The nearby town of Pripyat was not immediately evacuated. The evacuation began one day and a half before the accident was publicly acknowledged by the Soviet Union. Approximately 49,000 people were evacuated from the entire area. Another 68,000 people were evacuated as the Chernobyl Exclusion Zone expanded to 30 km.

An atomic explosion can kill you in diverse ways. The initial explosion will burn or vaporize you.
Then comes the shock wave, which destroys the houses and objects in the area, and you may be killed by flying or falling pieces of the ruins. Another danger is waiting in the form of radioactive fallout.
But if you are far away enough from the epicentre, none of these things will have to kill you. 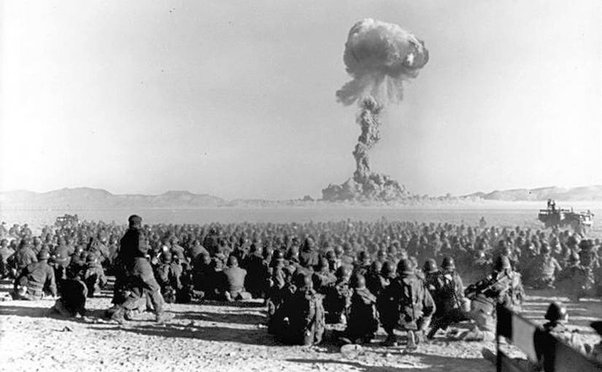 Course of a nuclear explosion

Awareness of what you are trying to avoid can protect you. All nuclear explosions are characterized by the same sequence:

The first three sequences arrive almost immediately as they move at the speed of light. The arrival of heat radiation can take a few seconds and cause severe burns to people being even miles away from the explosion.

How to prepare for a nuclear explosion?

If you are about to face a nuclear explosion you need to ensure that you have:

Regarding natural or other disasters, water is key. Four litres of water per person per day are recommended. Expect that evacuation will happen in the first three days after the explosion.

Food rich in protein and calories with no need of further heat treatment, are most suitable.

Gloves and respirators are essential. Special anti-radiation suits and anti-radiation masks provide effective protection against the inhalation of radioactive dust from the fallout.

The battery radio is used to check the overall situation and rescue operations. Also, to receive instructions on how to proceed and when and where rescue work will take place.

The first aid kit should have larger supplies of aids for treating burns and of iodine tablets.
Iodine tablets (potassium iodide) are used in the event of a nuclear accident or a nuclear reactor accident to protect the thyroid from taking up radioactive iodine.

It is advisable to have more clothes in order to change them. Clothing that you wore during the transfer to the shelter must be stored away from you, as it may contain a radioactive dust.

Headlamps and spare batteries are a must have. Electricity in the area of ​​the explosion will surely not work and therefore it is necessary to have a source of light, especially if you are underground.

Large buckets, resealable bags, toilet paper and daily hygiene items. It is not advisable to go outside the shelter after a nuclear explosion. The longer you stay in hiding until the rescue teams arrive, the better.

Large buildings with rough walls of concrete and steel. Even better if they also have underground floors. It is also possible to hide in the underground cellar. It is not recommended to stay near windows or under the roof. 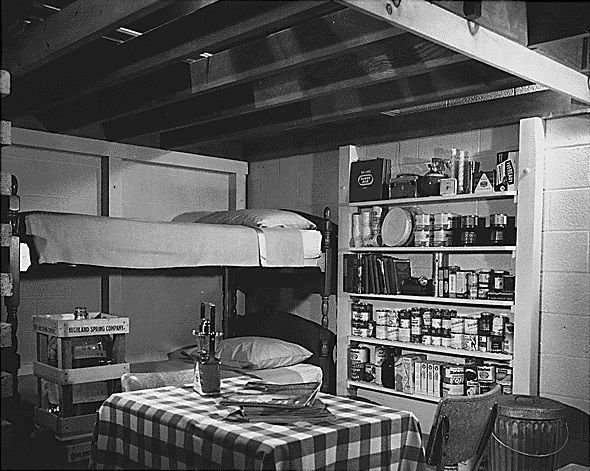 How to survive a nuclear explosion

If you manage to survive the blast due to an early warning or a sufficient distance from the epicentre, quickly enter the building and stay there. Places like schools or government buildings are the best places to hide. They are more likely to be built of concrete, masonry, and steel, which will better retain (shade) ionizing radiation compared to, for example, a house with a wooden structure. The more insulation between you and the outside environment, the better. The basement is more suitable than the top floor and the room away from windows or doors is better than the balcony.
The good news is that the half-life of the most dangerous particles of a nuclear explosion is several days to a week. This means that sheltering inside a building or underground for three to seven days can be enough to significantly reduce the risk of absorbing a harmful or lethal dose of radiation. However, this also means that you should have a sufficient supply of water and food during this time.

The worst place to be during a nuclear explosion is a car on a blocked road or highway. Even if you manage to get out from the worst shock wave of the explosion, you will be temporarily blinded by a flash from the explosion and you will be stuck in a car that is hit by other blinded drivers.

Fortunately, the risks connected with radioactive fallout starts to decrease 24 hours after the explosion. For example, if you are exposed to radioactive fallout when you move to safety, undress in your room, wash as thoroughly as possible, put your new clothes on, and store the bags with contaminated ones outside your reach.

Myths and facts about a nuclear explosion

Radioactive fallout and radiation penetrate everything and cannot be escaped.

However, it is possible to protect yourself from radiation. Buildings made of concrete or lead can shield radioactivity and reduce the intensity of radiation to such an extent that they do not have to endanger human health and life at all. It is similar with the fallout, the effect of which can be reduced if you are hidden e.g., in a solid building or nuclear shelter.

These materials and their thickness diminish radioactive radiation:

The earth will remain radioactive

Trying to survive can really pay off. The intensity of radioactive radiation decreases over time. Therefore, after about two weeks, a person who has not been affected by radiation can come to the surface without endangering their health. Of course, it is necessary to find a safer place and medical care.

Modern nuclear weapons are more powerful than in the past

If we used a modern nuclear weapon that is 1000 times more powerful than the bomb dropped on Hiroshima, it would have about 130 times more devastating effect. 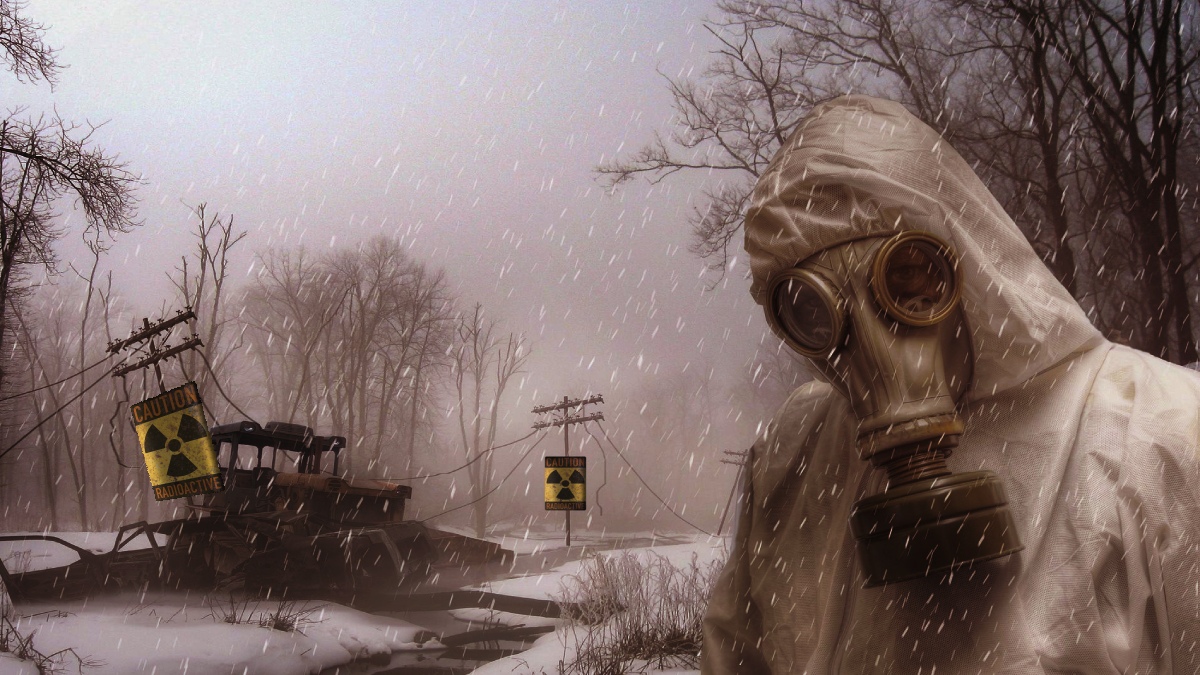 Nuclear winter is a real threat

Nuclear winter is the name of the hypothetical state that follows the use of nuclear weapons, or the collision of an asteroid with our planet, which is implying climate change. After the explosions of nuclear weapons, there would be such a large amount of dust, ash, smoke, and debris in the atmosphere that the sun’s rays would not penetrate the Earth and there would be a huge drop in temperature and climate change. This would probably result in the extinction of many animal species. This hypothesis is not proven.