I am not a doctor, nor a nuclear scientist. I wrote this not to warn or advise anybody… I just found it astounding how history repeats itself—and so does human behavior.

So, when I first heard about the Coronavirus, I immediately thought to myself: “I will rather double everything I hear from the media to have a sense of the real situation”. When the Chernobyl accident happened back in April 26, 1986 (at 1:23:47 at night) in the USSR, the world was not prepared, as it was not prepared for COVID-19 in 2019 and 2020. And for us people, it takes some time to move emotions away and see how things really are. Maybe these similarities with the Chernobyl accident will help you make better decisions:

1. In both cases, the information does not equal reality. In many countries, Ukraine included the necessary equipment for detecting the virus (virus tests) and back in 1986 (dosimeters or Geiger – Muller counters…) were not available, so the authorities did not know the real danger and complete risk involved. In Chernobyl the real radiation pollution readings were taken only 5 hours after the explosion when chemical army specialists with proper dosimeters arrived on the site. And despite the fact they’ve never seen such numbers before, it did not stop some representatives to claim that the reactor will be put back to work by May (well, there was no reactor anymore). Today, we hear from many countries they are not equipped with enough tests for COVID-19. That is why. 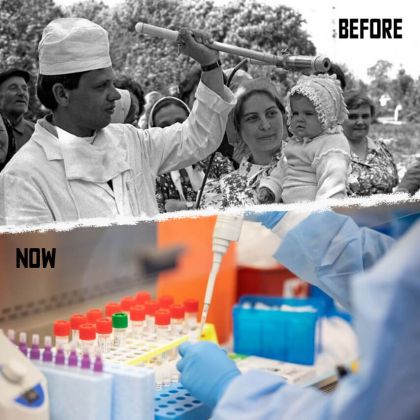 Second In both cases, the enemy – radiation, as well as the virus – is invisible. Hard to battle something that your senses can not process. So, you can still find a lot of people in shopping malls or standing in line on a ski slope, who do not really care about some virus that can hardly affect them. Sure thing, you are young, strong… but once you “carry” the virus to your granny, it can have a different ending. I had one guy making fun of me when he met me with a respirator on a train station the other day: “Look, another one who is about to die”. You bet I won’t, that is why I wear it. What you see is not what you get. People in the USSR also did not see any victims of acute radiation sickness straight away. Remember, the last “direct” victim of Chernobyl disaster from the total 28 passed away more than 4 months after the accident. The COVID-19 virus can be with you for a week or two without symptoms, just like acute radiation sickness. 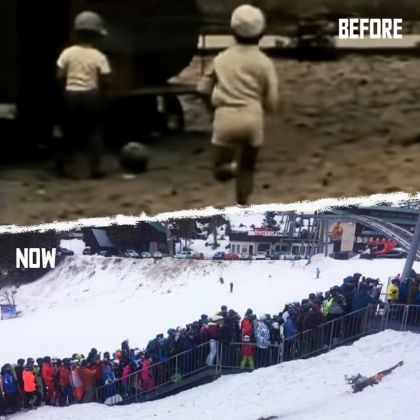 3. In both cases, panic is something governments do not want to see happening as it creates chaos. On the day of the Chernobyl explosion, around noon, you could already see policemen walking around the city in gas masks. As one of them, Alexey Moskalenko, told me, they were asked by the Communist party representatives after a few hours to remove the gas masks (which indeed protected their thyroid from getting radioactive iodine to their body), because people in the city can panic. You wouldn’t have seen such precautionary measurements taken by China or Italy in the first days of the epidemic. Some other governments though, like Spain, Hungary or Czech Republic took it step by step, so as not to scare the public into cleaning out supermarkets (that we did, regardless:-)). And again, what do you think can be the next level of measurements? Do not be surprised. 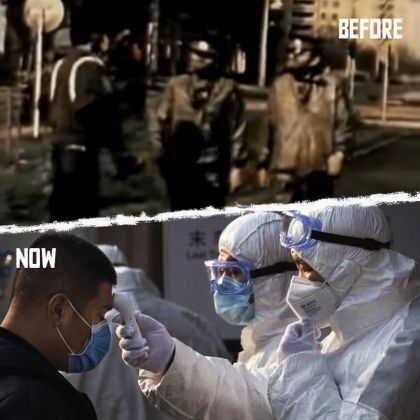 4. In both cases, fighting the invisible enemy is something none of the governments have been prepared for. In Pripyat city with 50 thousand inhabitants living only 2 kilometers away from the power plant there were not enough iodine pills, so on the day of the accident only children were served one each. According to the former deputy mayor of Pripyat, Aleksandr Esaulov, it took almost a day to get enough iodine pills from storage around the Soviet union to cover most of the population in Pripyat. Fast forward to nowadays: If you are the one who could not buy respirators, rubber gloves, disinfection gel or wipes, you know what I am talking about. If you are a doctor or nurse in Slovakia, you probably encountered these basic essentials missing in the first days of the battle with COVID-19. 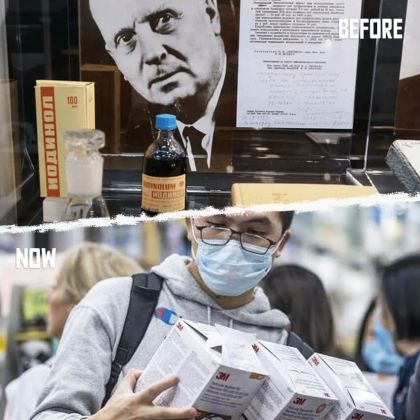 5. And finally, most importantly, the last similarity or lesson: You know the real magnitude of a disaster only far after the event. I keep asking myself, if the people of Chernobyl knew that standing just a few minutes outside in the street meant you received a yearly dose of radiation, would they act differently? I bet they would. You would not find moms with strollers in the park, people would not wait for the buses to evacuate them 35 hours after the accident – they would have left hours before on their own, they would not believe that they are leaving just for a few days, basically never coming back – I bet they would pack more. COVID-19 sounds like a modest flu, and the real count might even be right. The things we do not see is how it will change our workplace, our plans and even our relationships in the forthcoming weeks. 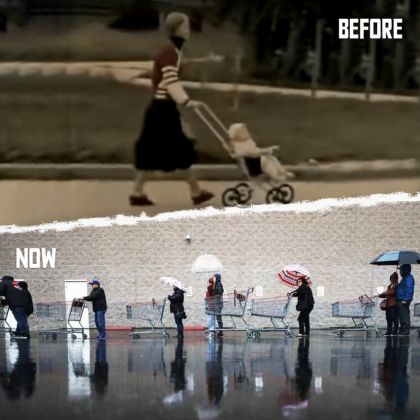 People do not really like change, they are threatening our status quo, our way of doing things, living. But change, even if not so pleasant, is a lesson. And it took me a personal visit 11 years ago to see the upside of the Chernobyl disaster on my own. Without this tragic event we would unlikely see the end of Communism, improving the safety of all nuclear power plants around the world, the nuclear disarmament treaty signed by the USA, Russia, and others…

Do you see a better world after the virus already? Hard, I know. There is one, maybe it will take some time for us to see. Let’s just start simple – individuals going more often for a walk outside to nature, calling elder family members if they need a helping hand, or just focusing on the things that matter once you are “locked” home. Take care, we are missing you on our tours, but now it is time you stay home and safe. Hope the respirator we gave you on the tour serves you well and I believe we will meet soon!