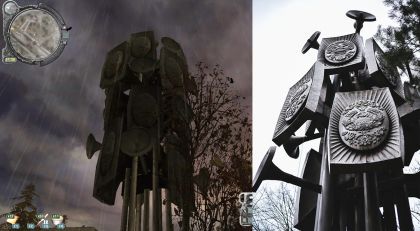 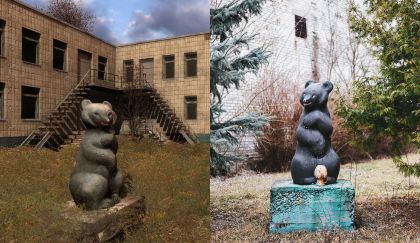 Cafe «Pripyat» at the river port

Cafe «Pripyat» from within

Walking (in reality) several tens of meters from the river port, you will run into the cinema, “Prometheus”. The western wall is decorated with the sculptural and decorative composition, «Energy». The mosaic was created by the designer Ivan Litovchenko in 1977.

The biggest swimming pool, «Lazurniy (Azure)» was one of the finest destinations of the city. After the Chernobyl disaster this place didn’t lose its popularity and was still used by liquidators until 1998. In the game it is simply called the «Sports Center».