On the night of February 24, in an emergency televised address, President of the Russian Federation, Vladimir Putin announced that he was starting a military operation in the Donbass. The purpose of this “military operation” is the denazification and demilitarization of Ukraine. This was the official statement of the President of Russia… In fact, President Putin started a bloody war in Ukraine. On February 24, at 5am, the first shots were fired in Kyiv, Kharkov, Odessa and Mariupol, and other regions. 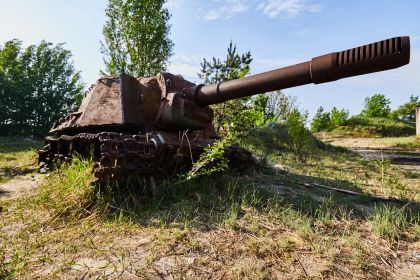 The Occupation of the Chernobyl exclusion zone

The Chernobyl zone , especially the borders between Ukraine and Belarus were in the spotlight from the middle of February, when satellite images found a pontoon bridge crossing the river Pripyat in Belarus, just a few kilometers away from the Pripyat ghost town. The Chernobyl zone was closed to keep the tourists safe in case of an invasion on Friday 18th February. Just six days later, on February 24, the Chernobyl exclusion zone, and all the facilities of the Chernobyl nuclear power plant, were taken under the control of Russian armed groups. The Chernobyl Exclusion Zone is an important strategic area for several reasons. First of all, it is a symbol of the Soviet Union that actually led to the economic ruin of the Soviet Union (the liquidation works cost approximately a yearly budget of the USSR). Secondly, the Zone is located on the border with Belarus and through Chernobyl lies the shortest route to Kyiv, the capital of Ukraine. It was believed amongst Ukrainian officials that nobody would attack Ukraine from the Belarus side straight into the radioactive territory.

The day after the capture of the territory in the Chernobyl zone, an increased level of radiation was recorded. By lifting a layer of contaminated soil and dust with heavy tanks and armored trucks, passing through routes prohibited for movement, the invaders led to a deterioration in the radiation situation in the exclusion zone, which was recorded by the posts of the automated radiation system. The total danger level in the exclusion zone was not changed although the radiation level was 20-fold at some spots, and is still within the safe limits. The radiation consequences of the disturbance remained within its territory, with the exception of radioactive contamination carried out on military vehicles further to the inland of Ukraine. The radiation levels went down again after the military vehicles left the Chernobyl zone. 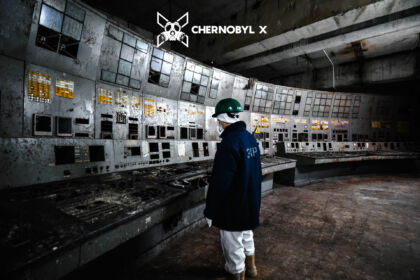 You are welcomed to join our ONLINE Chernobyl Nuclear Power Plant tour including the mysterious Control room no. 4. We made it FREE OF CHARGE as a thank you for your support. In this 90 minute tour you will dive deep into the story of the power plant that has changed the history of mankind forever. Every Saturday we are streaming for you live from Kyiv. P.S. Russian customers are welcomed 😉 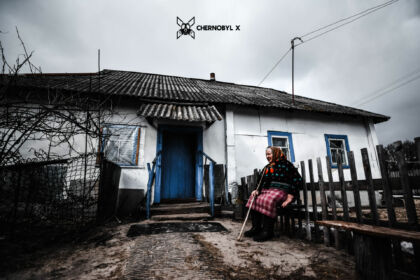 To date, there are no victims or injured on the territory of the Chernobyl zone on the Ukrainian side. The Chernobyl zone is almost empty, only a few workers are around, mostly specialists taking care of the infrastructure. There are still around 100 elderly people called babushkas living in the Chernobyl zone. Many of them remember World War 2, for example Mikhailo Pavlovich who lives in Chernobyl, and was shot in the leg by a German fighter jet during an air raid on the boats on the river Pripyat when he was 6. Until today, he is grumpy and he does not want to see German people around.

Mikhailo Pavlovich, Valentina Borisovna, Ded Vasyl from Teremtsi and others are left in this situation alone. The grocery truck which was coming to the Zone every 2 weeks to provide groceries for the babushkas, as well as the tourists who are bringing food supplies, can not enter the Chernobyl zone. Thankfully, based on the news from some workers and Stalkers (illegal tourists) they are fine – safe and sound. The phone lines and internet were cut off by the Russian troops. The lessons from WW2 learned by the Chernobyl babushkas taught them to keep their supplies always full, so there is a high chance they will not be starving, or not have enough firewood. We are preparing material and food aid packages that will be delivered as soon as the situation allows our colleagues to deliver it safely from Kyiv. If you would like to contribute, please send any amount by this PayPal link (you can use your credit and debit card). As with our 1% revenue promise, every penny from these funds will be used for help to our Ukrainian team and Chernobyl babushkas. 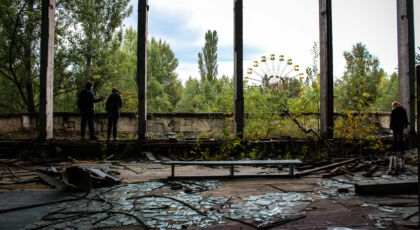 We are constantly monitoring the situation in Ukraine for you, and we deliver apolitic content, as we would rather spread hope than hate. This blog is constantly updated to provide accurate, and up to date information. If you are planning a tour to Chernobyl, we will let you know by our newsletter when it will be reopened. Just download our free ebook 10 Myths and Truths about Chernobyl and you will receive regular updates.

ChernobylX refuses to organize tours to the Chernobyl zone in case it is under Russian control. 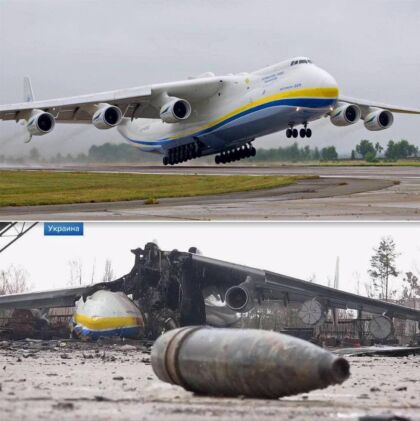 On February 27, 2022 as a result of a Russian attack on the Gostomel airport, an AN-225 “Mriya” was burned. An-225 “Mriya” (Mriya means “Dream” in Ukrainian) was the largest and most lifting aircraft in the history of world aviation. In the propaganda media, Russian journalists scoffed that they had succeeded in destroying our dream of a free and independent Ukraine. This is not true. A free and independent Ukraine is not a dream, it is a reality that lives in the heart of every Ukrainian. Today, the Ukrainian people are united as ever before, and in this unity lies the strength and freedom of Ukraine. After the victory of Ukraine, not just the plane, but also the whole country will be rebuilt.