BE READY FOR THE HBO CHERNOBYL MINISERIES

We know, that not all of you are so hardcore fans about Chernobyl topic as we are. It’s okay, but considering that HBO is launching its miniseries called CHERNOBYL soon, we think that it will be helpful to explain who is who and what was his/hers role in the history of Chernobyl accident.

But first, let us introduce this project a bit. According to Wikipedia, Chernobyl is an upcoming historical drama television miniseries created by Craig Mazin, which was created by a co-production between American HBO and British Sky. The premiere is set on May 6, 2019 and it will be available via HBO Go service. The series depicts the Chernobyl disaster that occurred in Ukraine (former USSR) on 26th April 1986.

The Chernobyl miniseries by HBO dramatizes the true story of one of the worst man-made catastrophes in history and tells of the brave men and women who sacrificed to save Europe from unimaginable disaster. You can read more about the history of disaster here.

The filming began in April 2018 in Lithuania in Fabijoniškės near Vilnius, in a former dormitory suburb which partially reminds evacuated city of Pripyat. Later the production moved to Ignalina to shoot exterior and interior of the decomissioned Ignalina Nuclear Power Plant which is very similar to Cherobyl Nucelar Power Plant, as it was using also the RBMK nuclear reactor design. 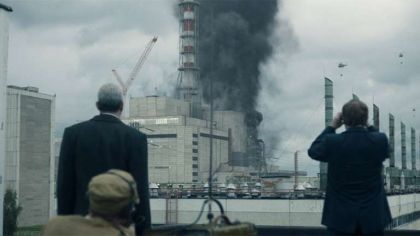 The main characters in HBO Chernobyl miniseries will be:

By the time of the Chernobyl disaster on April 26, 1986, Legasov was the First Deputy Director of the Kurchatov Institute of Atomic Energy. He became a key member of the government commission formed to investigate the causes of the disaster and to plan the mitigation of its consequences. He took the most important decisions to avoid repeat accidents and informed the government of the situation in the disaster area. He did not hesitate to speak to his fellow scientists and to the press about the safety risks of the destroyed plant and insisted on the immediate evacuation of the entire population of the city Pripyat nearby. In August 1986, he presented the report of the Soviet delegation at the special meeting of IAEA in Vienna. His report displayed a depth of analysis and honesty in discussing the extent and consequences of the tragedy. 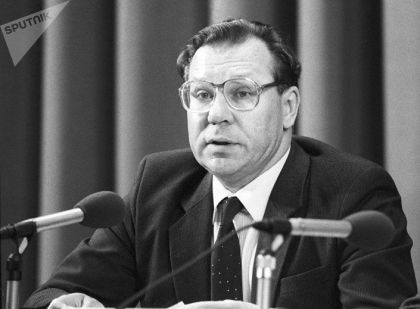 Shcherbyna was head of the USSR Government Commission set up to investigate the accident. He held a news conference in Moscow, to which foreign journalists were invited. Ostensibly this conference was in line with CPSU General Secretary Gorbachev’s policy of more openness in reporting events, a policy that had been cited pointedly in Izvestiia of the previous day. Shcherbyna also declared that after the accident, local authorities at first underestimated its scope and that the evacuation had begun only next day.

Ulyana was nuclear physicist who was ordered to sort out the reasons for the accident.

On April 26, 1986, Dyatlov supervised a test at Reactor 4 of the nuclear plant, which resulted in the worst nuclear plant accident in history. In 1987, he was found guilty “of criminal mismanagement of potentially explosive enterprises” and was sentenced to ten years in prison. He was released after five years. He wrote a book in which he claimed that poor plant design, rather than plant personnel, was primarily responsible for the accident. During the accident, Dyatlov was exposed to a radiation dose of 390 REM (3.9 Sv), which causes death to 50% of affected persons after 30 days. He died of heart failure in 1995. 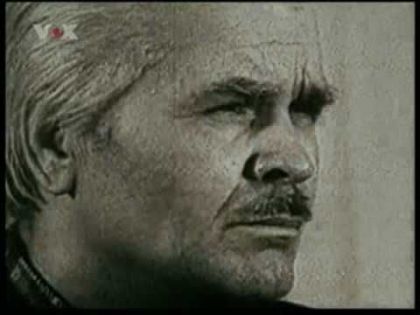 Fomin was a Chief Engineer at the Chernobyl Nuclear Power Plant. After the disaster he spent a month in the Moscow clinic and was arrested in August 1986. He spent a year in a Kyiv prison awaiting trial, but later was cleared of charges of abuse of power, but found guilty of gross violation of safety regulations and sentenced to 10 years in a labor camp. Soon afterwards he was released because of a nervous breakdown.

Bryukhanov was at the time of the accident the plant manager. As Director of the Chernobyl site he was imprisoned for ten years but only served five years of the sentence.

Ignatenko was a senior sergeant who was sent among the first firefighter crew on the reactor roof. Ignatenko received fatal dose of radiation during attempt to extinguish fires on the roof and in the reactor core. He died two weeks later in Moscow Hospital 6.

Lyudmila Ignatenko was Vasily’s 23 year old pregnant wife who visited him in Pripyat Hospital Nr. 126 and later in Moscow Hospital 6. She also received a lethal dose of radiation from visiting Vasily, but didn’t die.

The HBO Chernobyl miniseries (5 episodes) will launch on 6th May 2019 and you can watch it on HBO Go (first month of the service is for free). If you’re eager about Chernobyl, you can arrange your visit in the Chernobyl Nuclear Power Plant or Pripyat already today.

PLANNING YOUR VISIT? IS SPRING BETTER? OR RATHER SUMMER?