In 2020, the attention of the whole world is riveted on the theme of Coronavirus. All festivals, parades, concerts are canceled, and many countries have quarantine and people working from home. For a second, it reminds me of Chernobyl. As a guide for ChernobylX, I get to see the day-to-day results of the disaster thirty years later, and then, I thought: What can we learn from Chernobyl?

Comparing all safety measures which we have now and then, I noticed a few similarities between Chernobyl and the current Coronavirus epidemic. You might say to yourself, “What nonsense!” But hold on, there are many comparisons, believe me. More than you think.

Browsing through COVID-19 and methods to prevent the spread of the virus, the first word that you’ll find is decontamination. But what does it mean?

“The action of removing dangerous substances such as micro-organisms or hazardous materials, including chemicals, radioactive substances, and infectious diseases”.

Looking back at the year 1986, post-Chernobyl NPP explosions, the government of the Soviet Union decided to start the process of decontamination and bring in safety precautions. Work on decontamination of the territories around the Chernobyl nuclear power plant mainly included dust suppression, cleaning up all objects from radioactive dust and removing contaminated soil. To achieve this ‘cleaning’ technique, they used a lot of military cars, helicopters and fire engines. The last provided washing of buildings with jets of decontamination solution (water with boric acid) under high pressure. 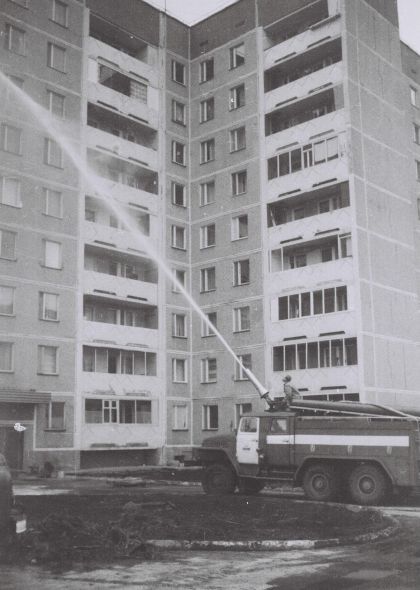 But what was going on in other territories outside the Zone? Were they also cleaning? To learn about how post-clean up was handled, we have to talk to the people who experienced it first-hand — my grandparents, Serhii and Valentina Polishchuk. 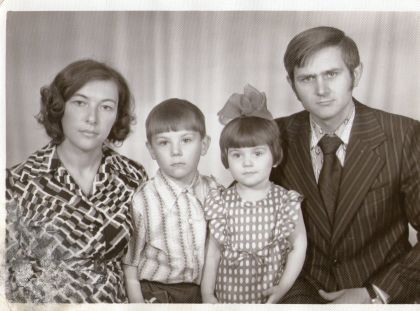 Photo: Valentina and Serhii Polishchuk with their kids.

Serhii: “I remember that year very well. I was 35 years old, lived in Kyiv with my wife and two kids, and worked in the Ministry of Communications. In the first few days I received only one small report about the accident from my Chief and till 1st of May – nothing. After Labour Day and the parade, our government enforced some safety measures, but they weren’t obligatory.”

The Soviet media didn’t begin to immediately cover the events in Chernobyl. The first publication in the newspaper Izvestia took place only on April 30th. In May 1986, there were more articles about the catastrophe, but no explanation how dangerous it was. 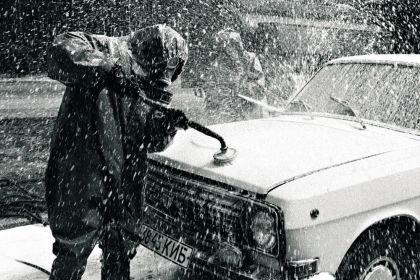 A car leaving the Chernobyl disaster area at the special point of decontamination.
Photo: SPUTNIK

Serhii: “What I definitely remember is police and liquidators at the entrance to the city. Each car was stopped and put under radiation and contamination control. After that guys in rubber raincoats, boots, gloves, and gas masks washed cars with a particular focus on wheels and undercarriage. They did it two times: first with a specific liquid solution, then with clear water and after that, air dried. Every time I came back to Kyiv, I went through all these procedures. It was necessary.”

In light of recent events using face masks to prevent infection is popular now in many countries around the world.

From The World Health Organization we got the official advices: 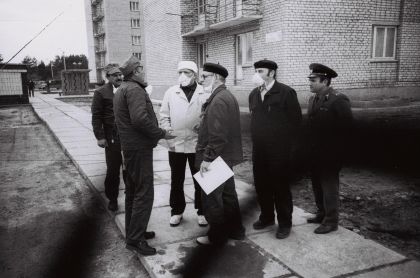 Serhii: “Working in the Ministry of Communications, I quite often visited the city of Pripyat and Chernobyl before and after the catastrophe. There I got a package with face masks, but I used them very rarely. Why? Good question. At first all soldiers, officers, scientists, and liquidators wore masks or gas masks, but later the Communist party representatives asked us to remove them, because people could start to panic. The Soviet government didn’t care so much about our health, they thought more about their ‘positive image’. Outside the Zone there was no advice or recommendations to use masks. Perhaps we should have worn them.”

Every day we hear the same phrase — wash your hands.

“Respiratory viruses spread when mucus or droplets containing the virus get into your body through your eyes, nose or throat. Most often, this happens through your hands. Hands are also one of the most common ways that the virus spreads from one person to the next.

During a global pandemic, one of the cheapest, easiest, and most important ways to prevent the spread of a virus is to wash your hands frequently with soap and water.”

Radiation, as well as viruses, can cover everything and is invisible. For liquidators, washing hands was a new law to abide by. Those who worked in the most radioactively contaminated areas received new clothes every day — boots, mitts, respirators, and X-ray protection aprons. After each visit to the contaminated area, they needed to completely change their entire set of clothes, thoroughly wash not only their hands, but their entire body. As decontaminating equipment they used laundry soap. 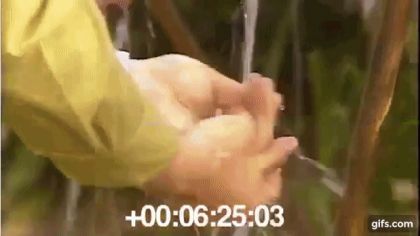 Valentina: “Oh, we washed hands, but as was typical. Nobody told us to do this like 10 times per hour. We also didn’t need to clean and change our clothes like those who worked in Chernobyl. Soviet authorities only mentioned that it’s important to do wet cleaning in our apartments.”

National Institutes of Health and other institutions suggest that the 2019 novel coronavirus can live for two to three days on plastic and stainless steel surfaces, that’s why it’s a good idea to keep your home clean during this time. The same was in effect after the 1986 disaster.

Valentina: “There were several reports from the government that radiation is in the air and we should do wet cleaning every day. Of course many people didn’t understand why we must do this. Nobody explained it to us. We all were confused.”

In these reports they received such recommendations as:

To minimize and stop the spread of the virus, many countries introduced a quarantine.

And nowadays, the most popular word combination is ‘Stay Home’. It’s used not only in articles but also in social media as a hashtag #StayHome. It’s a new slogan and a campaign. 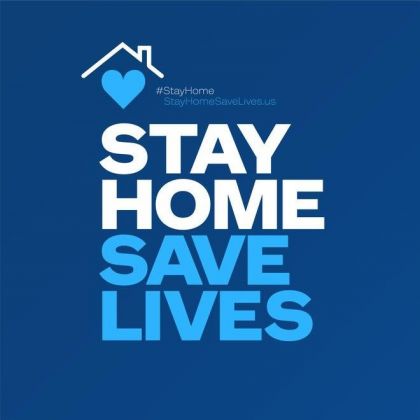 In late May 1986 many people received vacation time for 1-2 weeks without pay, but not in order to stay home, but in order to take their children to pioneer camps.

Valentina: “We were not told to stay home and till June life ran smoothly in its ordinary grooves. Later we found out that radiation is in the air and people began to take children to summer camps en masse. Then began the real panic. We didn’t see our kids for three months and there was almost no communication with them. We worried a lot.”

Serhii: “It was ridiculous! At first, the authorities said that we needed to hang wet sheets on the windows so that the radiation wouldn’t get into the house from the street, and then they took away our children, who spent the whole summer in a camp in the open air! As things stand now, our children inhaled these radionuclides. It was a big mistake. Maybe if we stayed at home we would be healthier now.”

If my grandparents could see then the KGB’s safety instructions during business trips to the Chernobyl Zone since April 1986, they would be shocked:

“before entering rest places, clothes and shoes need to be cleaned… Wearing headwear is compulsory… Resting on the grass, other open areas is strictly forbidden…”

“The windows of living and working rooms should be closed to prevent drafts. In the presence of wind and dust formation, wearing a respirator and other respiratory protection is obligatory. It is recommended to hide indoors or use a plastic coat during rain.”

History is cyclic and it repeats all the time. It can teach us a lot, but only if you don’t skip it at school. In 1986, one of the worst nuclear disasters in human history happened, after which the whole world changed and life was no longer the same. This showed us that we are still incurious about many things and not ready to bear responsibility for the consequences. Chernobyl taught us a good lesson and indicated where we are going next.

In 2020, we face another problem — the Coronavirus — yet another lesson for us. And right now we could use all the information, given to us from previous experiences to heighten all our awareness. Only in this way, we can prevent an impending catastrophe.

Take care of yourself and from the words of my grandparents — follow all safety measures!